If you use medicinal herbs, you might want to make a tincture. One of the many benefits of a tincture is that it retains the properties of fresh herbs. Some herbal tinctures are available on the market, on online you can find a variety of products. You might also want to try to make your own. Don’t be scared it’s not difficult.

The only drawback is that it takes time, you can’t do a tincture today to have it ready tomorrow. Most tinctures are made with alcohol as the primary solvent or extractor. Alcohol is a strong solvent and extracts most of the important chemical components found in plants.

If you don’t want to use alcohol, you can also use apple cider vinegar. You can also use vegetable glycerin which has the added benefit of making tinctures that last longer. To make a great tincture, you only need herbs, solvent, and a jar with a tight-fitting lid.

Instructions on how to make a homemade herbal tincture

Firstly,  choose the herb or herbs you want, try to find good quality herbs, fresh if possible, but you can also use dried herbs. You should chop your herbs as finely as possible.

Cover the herbs completely with the solvent and then add about another 10 cm of liquid. The herbs must be completely submerged. Cover the jar with a tight-fitting lid. Put the jar in a warm place and let the herbs soak for at least 4-6 weeks – the longer, the better.

Fill the jar with additional solvent, if needed to ensure it is at least 6cm above the herbs. Shake the jar of tincture regularly, if you can do it once a day better. Shaking up the tincture prevents the herbs from packing at the bottom of the jar.

Drain the herbs from the solvent by pouring the mixture into a large stainless steel filter lined with cheesecloth or muslin. Put the result in a jar with a label and keep it in a cool, dark place. It can be kept for at least one year.

A Pulse Oximeter, an important weapon in the fight against Covid 19

Worked in many sectors including recruitment and marketing. Lucky to have found a soulmate who was then taken far too soon. No intention of moving on and definitely not moving to Thailand for the foreseeable future. Might move forward. Owned by a cat.

The problem of Loneliness

Loneliness is universally recognised as being part of the human condition. The emotion of sadness at being alone, can be felt, even when in the company of others.
People may spend hours brooding  about things that make them feel sad, angry or worried. Everyone feels lonely at times, but when transient loneliness becomes chronic, it is a problem  that may be damaging to health, leading to depression  and physical decline.
Since the start of the Pandemic, Society has experienced lockdowns, restricting freedom of movement and people have been unable to visit each other’s homes, unless in a “bubble”, a known contact deemed to be safe. This has led to social loneliness, which people with access to social media have sought to remedy with Zoom meetings,face time and Skype calls.
Dependent on the whims of electronic devices, people may comfort themselves with the knowledge, that their isolation will have an ending, while those experiencing emotional loneliness, may not have this, with which to look forward. They may be experiencing existential loneliness, confronting what philosophers such as Jean Paul Sartre see, as the absurdity of our existence in a meaningless world. Not surprisingly, this will lead to a great deal of anxiety.
While not feeling cosmic isolation, immigrants may miss their own countries and feel themselves to be outsiders, living in a foreign culture, leading to their cultural loneliness.
Faced with so much misery, what can be done? Self care and sharing the emotional load is the advice given on websites dealing with physical and mental health. Paul McCartney in 1966 brought loneliness to public attention with his song “Eleanor Rigby” about a woman who hid her distress from others by wearing ” a face that she keeps in a jar by the door”.  In later songs, McCartney offers words of encouragement to John Lennon’s son Julian in “Hey Jude” and he remembers the advice his mother Mary gave to him, in times of trouble, to “Let It Be”.
In 1988, Neil Diamond expressed his existential loneliness in the song “I Am I Said”, protesting the worth of his existence in an empty and uncaring universe. While we may be less eloquent than Paul McCartney and Neil Diamond, surely sharing our negative emotions is the way forward, to bring us out of Loneliness?
Post Views: 326

Other People’s Fears – how hard is it to have empathy?

Often the fears of others, may seem irrational and disproportionate. I once had a young work colleague, who was so fearful of needles, that he fainted, if he caught sight
of an injection, being shown on a television programme. He had no bad health experiences, as far as I know, that would trigger this reaction.
Fear of needles is a serious handicap if it keeps people away from having medical procedures, including going to the dentist! In the pandemic, people who are not afraid of the vaccine itself, may be deterred from receiving it, due to fear of the needle used for the injection.
One of the most common fears is that of spiders. Are you a Miss Muffet? Although the nursery rhyme identifies a female, who is put off her curds and whey, the fear is not confined to girls! It probably stems from the days we lived in caves, when we feared intruders, like spiders and snakes.
My daughter, when she lived in a top floor flat in Hong Kong, encountered a large tree spider. Obviously it lived in the tree and decided to explore the nearby building. She disturbed it lurking at the bottom of her wardrobe!
Removing it was not the job of a glass with which to cover it, as the creature was close to a large crab in size. Help from friends was summoned by using her mobile, and somehow or other, the spider was captured in a bag and set free.
I myself am wary of dogs I meet, when our walking. I tend not to give them the benefit of the doubt and give them a wide berth. If only dogs could be more like cats, with whom it is possible to have a few nice words and move on. Chances are that the cat will have run away first!
Luckily I am not scared of squirrels, or I would be in real trouble! It is impossible to go out from my house, without soon running into them, coming out of the woods and running along the footpaths and fences.
If you have trouble having empathy with the fears of others, such as leaving the house itself, imagine that whatever it is that you fear, is waiting for you outside the front door – Would you open it?
Post Views: 322

Allergy to cats: what is it exactly? 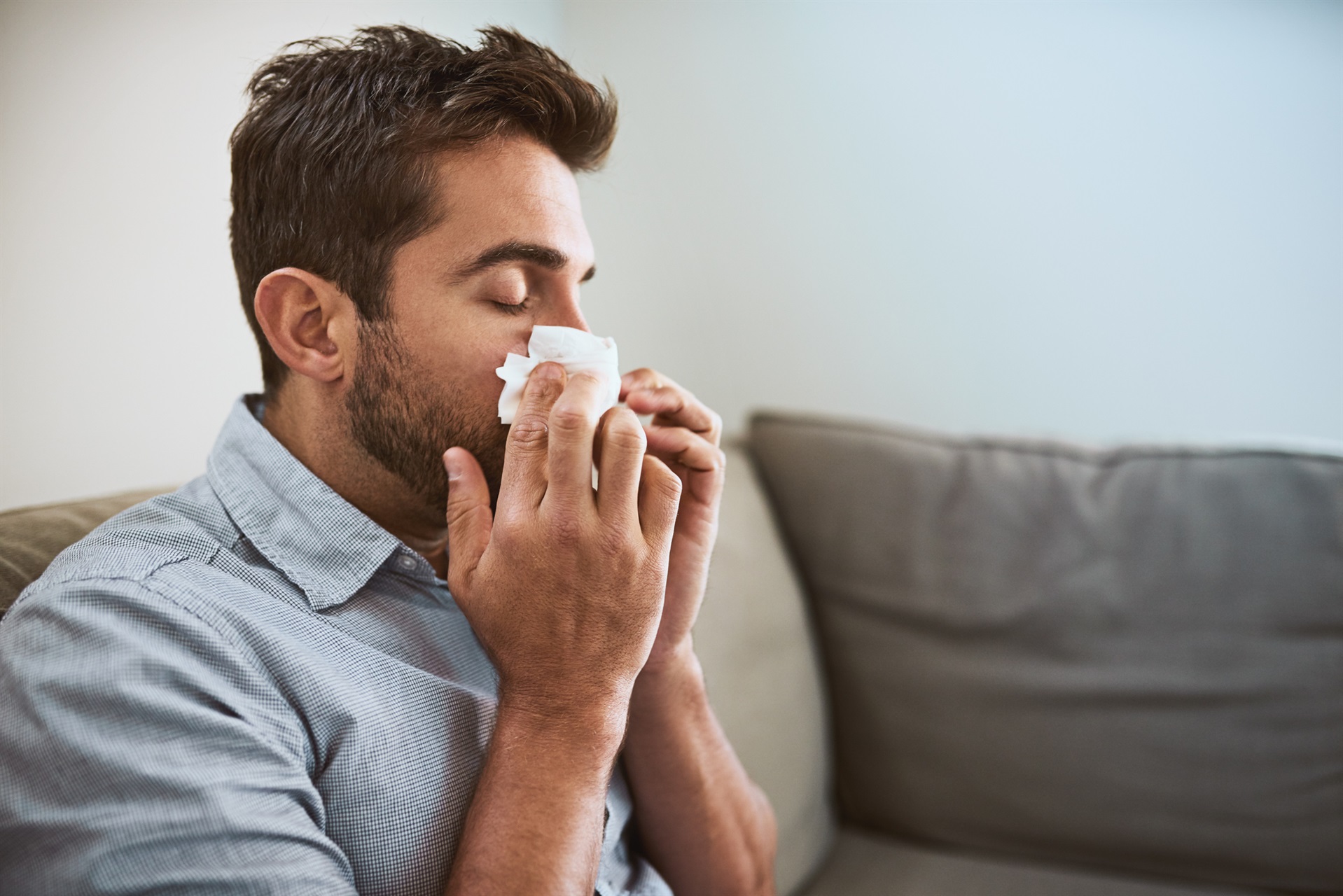 Many people claim to be allergic to cats, but the condition is a lot more complicated than that. Let’s look into it.

From a hypersensitivity of our immune system to an allergen, in the case of cats likely to be  fel d1 ), produced by the sebaceous glands of the cat and therefore present on skin, hair and dandruff,  in the saliva and the pee. As cats clean themselves by licking their coat, many will be found on the hair. The allergen has the particularity of being extremely persistent. In practical terms, it means it can remain in the environment for a long time and induce allergic symptoms even in the absence of close contact with the animal.

In general, there is a genetic predisposition to become allergic. In practice, at a certain point in life, predisposed subjects,  the first time they come in contact with the allergen, will tolerate it or develop a reaction in the event of subsequent contact.  We know that those who live with cats from birth are usually more likely to maintain a good tolerance to their allergen.

Some habits can increase or decrease the spread of allergens in the environment and thus change the tolerance level. For example, keeping the rooms ventilated where a cat lives helps reduce the allergen presence while brushing the animal often contributes to increasing it because a brushed cat will often lick its coat.

It is not even possible to predict the duration or the intensity of the symptoms. It could even turn out to be a temporary or intermittent allergy and therefore occurs in certain periods and disappears in others. It all depends on the situation of the individual subjects and on the possible changes that could occur in life. In fact, there are factors capable of breaking the immunological tolerance towards an allergen.