When: from 13 November to January 9

Another skating rink that returns this year and which has the advantage of having a Tudor palace in the background. Undoubtedly atmospheric and completely different from the Canary Wharf rink for example. There are family or single tickets, but you must book to have a guaranteed place.

The Hampton Court Palace is part of the Tudor heritage and was built in 1514 to replace an older palace.

It was originally a lodge built by Cardinal Thomas Wolsey in the 16th century, but was extended into a sumptuous residence by Henry VIII and his wife Anna Bolena between 1516 and the 1528.

PrevPreviousModern art galleries in London, which one should you visit?
NextColnbrook, famous for its apples and the killer bed in a pubNext
On Key

The Perfect Gifts for people who love Stonehenge

Chopsticks for sushi or Chinese food, even some very strange ones!

How to use avocado butter

A Few of My Favourite Things – A Happy New Year 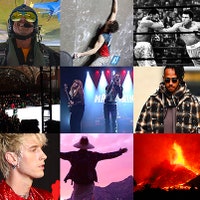