Share on facebook
Facebook
Share on twitter
Twitter
Share on linkedin
LinkedIn
Share on pinterest
Pinterest
The origins of Mother Goose are not certain and there are several theories, one says that at the beginning of 1500 was published in London a book of English nursery rhymes, Mother Goose. In those days, books were not printed on paper as we know it, but on large sheets of parchment. The first edition contained 42 stories and songs mainly about animals such as hares and ducks and their games or dances.

The name“ Mother Goose ”is also used as a term for a type of fairy tale with moral lessons for children and the nursery rhyme“ Mother Goose’s Lullaby ”.

What not everyone knows, however, is that Mother Goose was buried in the church of St Olave in London which is located in Hart Street.

The church dates back to 1200 and is dedicated to the patron saint of Norway, King Olaf II who sided with the Anglo-Saxon king Ethelred II against the Danes. The church was saved during the fire of London In the 1666 by William Penn, father of the more famous William Penn who founded Pennsylvania. In her burial register she has a Mother Goose buried on 14 September 1586. If you go to see this church, the sign near the door says Mother Goose should have been buried here.

Of course, we don’t know who this Mother Goose was, the word mother is written in small print it is possible that it was a mother named with Goose as her surname, was 1500 and they weren’t very accurate in this kind of things. 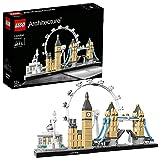 London Has Fallen
£3.49
Buy on Amazon
SaleBestseller No. 3

London, the first cycling pub in the West End

Crosby Hall, the Tudor building that used to be in Bishopsgate and is now in Chelsea!

London street becomes colourful to raise spirits during the pandemic

London Marathon in 2022, how to take part

Don't miss this exhibition if you like the Tudors

Denmark Street in London, a musical place for decades
PrevPreviousPan dei morti: the Italian cakes for the dead
NextMinistry of Sound, legendary London clubNext
Scroll to Top
%d bloggers like this: