The Musee de L’Orangerie is famous for being the home of eight large Water Lily murals by Monet. It is located in the west corner of the  Tuleries Gardens, next to the Place de la Concorde in Paris. The Concorde metro station is nearby. The Water Lilies are shown in eight panels, each two metres high and spanning ninety one metres in length. They are arranged in two oval rooms, making the viewing an experience of virtual reality, being surrounded by waterlilies. Visitors may also see works by Cezanne, Matisse, Picasso, Renoir and others.
At his house in Giverny, where he lived for forty three years between 1883- 1926, Monet constructed a water garden. He loved flowers, and   filled it with waterlilies. He said that “water and reflections are an obsession with me” so for twenty years, he worked on  producing paintings of his watergarden.
Then in 1914, Monet stopped painting. He was overcome with grief, following the death of his second wife Alice in 1912 and then in 1914 by the death of his eldest son Jean, aged forty six. Monet was aged seventy three and two years previously in 1912 had been diagnosed with the beginnings of cataracts in both eyes. Fortunately he had the support of Georges Clemenceau, the Prime Minister of France 1906-1907 and 1917- 1920. He persuaded Monet to start painting again, on a new project, his ” Grandes Decorations” of Waterlilies.
So it was that Monet started work on these huge canvases, for which he had no room in his studio. He painted them outside in his garden and  had to build a new studio to house them. Meanwhile France was at war with Germany and many of the villagers had evacuated Giverny, which was only  fifty kilometres away from the front line. Monet stayed put and took vegetables from his garden to the local hospital, a d worked on his paintings.
On 11/11/1918 the guns fell silent and Monet decided to dedicate his paintings to the French people, saying “It is not much, it is the only way I have, to take part in the victory” Clemenceau supported the use of the paintings as a War Memorial , but it was not until after Monet’s death in 1926, that the murals were put on display. The doors of the Musee de L’Orangerie  opened to the public in May 1927, but nobody came!! The reviews were terrible, saying that Monet had lost his way artistically. The world was not ready for his art.  The tailor made gallery was used for other purposes, even dog shows! The ceilings leaked and during the second world war, there was bomb damage to the murals. Finally the light to the paintings was cut off by a concrete ceiling, installed in 1966.
It was three decades later that Monet’s gift to the nation was appreciated. In the New York Museum of Modern Art, an early painting of waterlillies by Monet was on display. It attracted the attention of American artists, who wanted to see the paintings at  L’Orangerie. Then abstract expressionist painters in America were inspired to paint by what they saw in Monet. As a consequence, the French Government  renovated the gallery. The concrete ceiling was removed, letting in natural light once again and in 2006 the doors reopened. This time Monet’s gift  to the French people was appreciated. The War Memorial, as a place of quiet reflection on the passing of time was established.
Post Views: 314

In the nineteen sixties I worked in London stores. Worked as an Insurance Clerk in the City of London during the nineteen seventies. Divorced in the nineteen nineties. Now I am a retired Civil Servant, managing home and garden and escaping onto social media whenever possible.

Raffaello. The young prodigy is the title of the new docu-film produced by Sky and distributed by Nexo Digital. Directed by Massimo Ferrari and with the narrating voice of Valeria Golino , the documentary aims to tell Raphael starting from his female portraits in all their different roles.

“To guide us in the discovery of the artist, as well as Vincenzo Farinella, full professor of History of Modern Art at the University of Pisa and historical-scientific consultant of the project , there will be the interventions of Lorenza Mochi Onori, art historian and expert of Raphael, Giuliano Pisani, classical philologist and historian of Italian art , Tom Henry, director of the University of Kent in Rome, Amélie Ferrigno, art historian and associate researcher at the Center d’Études Supérieures de la Renaissance (CESR Tours), Ippolita di Majo, screenwriter and historian of art and Gloria Fossi, historian of medieval and modern art.” And we can’t ignore the amazing animation by Giordano Poloni.

The movie is part of  series The Great Art at the Movie Theatre and you can watch the trailer here.

The exhibition, currently underway at the Museo Nacional Thyssen-Bornemisza, traces the long career of the American painter, through 90 works that reflect O’Keeffe’s research and style, an elegant and mysterious combination of figuration and abstraction.

Georgia O’Keeffe is widely regarded as one of the most important American artists of the 20th century and one of the greatest artists in history. She is famous for her paintings of enlarged flowers, New York skyscrapers, and close-up shots of animals.

O’Keeffe was born in 1887 in a remote part of Wisconsin and then moved to Texas as a child. After graduating from high school, she took art classes at Art Students League in New York City. In 1912 O’Keeffe moved to New York City and began studying with famed artist William Merrit Chase. She became an active participant in the “American modernism” movement that originated in Europe earlier that century.

Ninety works have been selected for the exhibition, the first ever in Spain at the Thyssen–Bornemisza National Museum.  After Madrid will also touch th the exhibition will go to Paris and Basel. 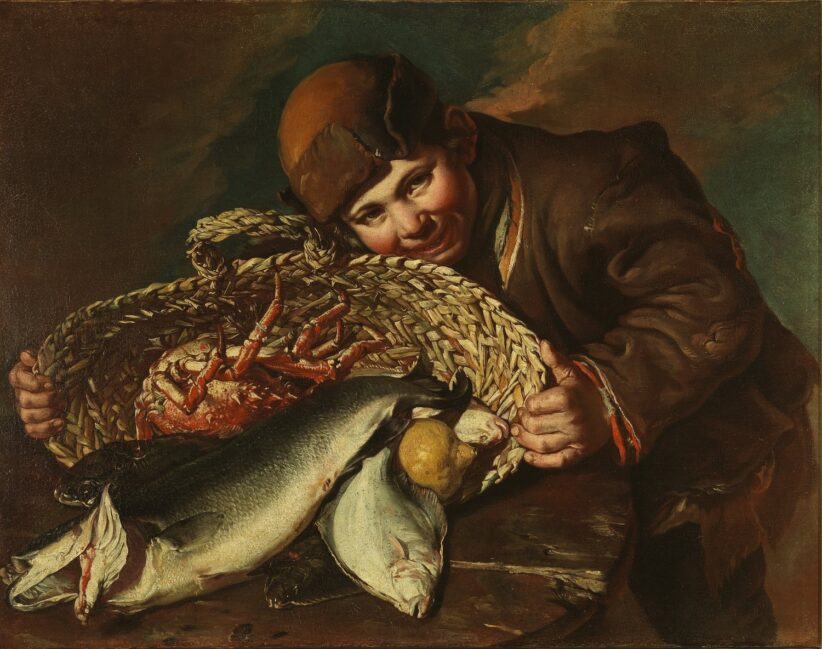 Art and gastronomy meet in Florence. The Uffizi Galleries discovers food in a series of video clips, released every Sunday on the Facebook page of the Museum, in which a well-known character from the food and wine world who is called to interpret a painting from the point of view of the visual arts

Fruits, vegetables, meats, fish come out of their pictorial form and become ingredients of a dish with an artistic aftertaste. Obviously, the genre that best suits the initiative is that of still life.

As you walk through museums, you notice that there is always food on display. There are paintings of food, sculptures of food and even photographs that are made to look like they were taken with a camera.

The role of food in art has changed over time. It used to be a symbol for wealth and status but now it is seen as something that is necessary for the well-being of our society. With the rise in fast-food restaurants and supermarkets, it has become commonplace for people to see as these images as something they see every day.

Still life paintings with food are not as common as they once were. However, they are still a popular genre in art history. The subject of these paintings is a composition of various assortment of vegetables, fruits, and other food items that are still life.

One famous artist who had an affinity for still life paintings was Pieter Claesz. In his painting “A Still Life with Turnips” he depicts a variety of turnips and some fruit on the table.

This painting is valuable not just because it is well executed but because it depicts naturalistic colors and textures which was rare at the time this was painted.