My favourite place in the world is only minutes from my home and has always been a place of extreme importance to me. The Rollright Stones. A haven of peace , magic and calm  in this busy difficult world.

Set in a field next to an ancient ridgeway nestled in a beautiful wood  these prehistoric stones exude an air of power and mystery. Strong yet friendly, calm yet buzzing with life and myth they lie shrouded in trees, obscured from the busy B road that passes by as if in another time altogether.

Visit at any time of day and in any season and you will find offerings adorning the stones themselves, in the centre of the circle or draped from the trees.

Holly, berries, flowers and ribbons,  ivy, pine cones, ,feathers,  all are evidence of some sort of ceremony  both public and private, proving how special this little site is to so many from so many walks of life.

People find themselves walking the steps of countless ghosts of the past around the inner circle of the King’s Men and then visiting the Whispering Knights and the King Stone.Each peron on his or her own journey but collective in their peace and tranquility the area exudes.

The stones are actually made up of three groups which were all built at different times between the Neolithic and Bronze Age periods. The largest group, known as the King’s Men were erected in 2,500BC, whilst the solitary King Stone was placed some 1000 years later and finally the three Whispering Knights, are the eldest of all, believed to be erected in 3,800BC.

They are made of the same honey colour Jurassic oolitic limestone that many Cotswold villages are built from and it is believed the boulders used to create the site were probably collected within 500m.

The unhewn stones are all different sizes and shapes each with its own little hole or crevice ,often stuffed with an offering ,with some being only a few inches off the ground and some standing 7 feet high.

There are many theories of the reason for The Rollright Stones, perhaps a religious significance or connected with the changing seasons or astronomy, a place to exchange goods for tradesmen, or a location to seal tribal agreements or perform marriage ceremonies.

As with any stone circle, the Rollright Stones are steeped in local legend and myth, to see the man you will marry run naked around the stones at midnight on Midsummer’s Eve!  To aid fertility, visit the stones at midnight and give any stone in the circle a hug.In the 18th centuary local women believed they could help fertility and would touch the King Stone in particular with their breasts.

It is said that if you walk round the Rollright Stones three times, you’ll never count the same number each time. But if you do manage it – you’re entitled to one wish. Be careful what you wish for however! The Fairies that are said to emerge at midnight and dance among the stones are said to be tricksy and might grant you something with a twist!

The most famous story as to the presence of the stones is that a king and his army were marching over the Cotswolds when they met a witch who challenged the king saying,

And if Long Compton thou canst see,

King of England thou shalt be.”

As King of England I shall be known.”

On his seventh stride the ground rose up before him in a long mound obscuring his view.

The witch cackled and declared:

“As Long Compton thou canst not see,

King of England thou shalt not be,

For King of England thou shalt be none,

Thou and thy men hoar stones shall be, And I myself an elder tree.”

Legend has it that one day the spell will be broken and the King and his men will return to life and continue with their conquest.

My special place is so wonderful because the stones are completely accessible – there is no Visitor Centre, no ticket office. They are there, in the field, as they have been for thousands of years, and anybody can visit them at any time.

The Stones are looked after by an independent trust, so a donation to the charity either via the handy QR code tacked onto the entrance signpost into the tin on the post. Suggested donations is £1 per adult and 50p per child

Dogs are allowed on a lead

How to get to the Rollright Stones

Parking for the Rollright Stones is limited – it includes two wide official laybys along the main road. The entrance to the path to reach the Stones is situated about half way along the laybys.

And please abide by this sentiment 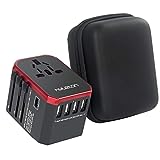 hyleton Worldwide Travel Adapter, 4 USB Ports with 5.6A High Speed Charger and 1 3.0A Type C International Wall Charger All in One Universal Adaptor for Mobile Phones and Tablets - (Red)
£23.98
Buy on Amazon
SaleBestseller No. 2

Lonely Planet's Best in Travel 2022: The Best Destinations, Journeys and Experiences for the Year Ahead
£10.19
Buy on Amazon
Bestseller No. 3

Thailand, the orchid of Asia
Buy on Amazon

Albert Bridge in London, facts you might not know

Deadman's Island, the Isle of the Dead in Kent

Kenilworth Castle in Warwickshire - dreams of a ruin

Bruce Castle in Tottenham, a Scottish castle in London

The new Munch Museum in Oslo opens in October 2021

London will have its first 'Porsche Hotel'

Are people willing to travel again and how?
PrevPreviousAntelope Canyon in Arizona, underground caves with a thousand colours
NextSIX the musical returns for 11 weeks in LondonNext
Scroll to Top
Loading Comments...
%d bloggers like this: